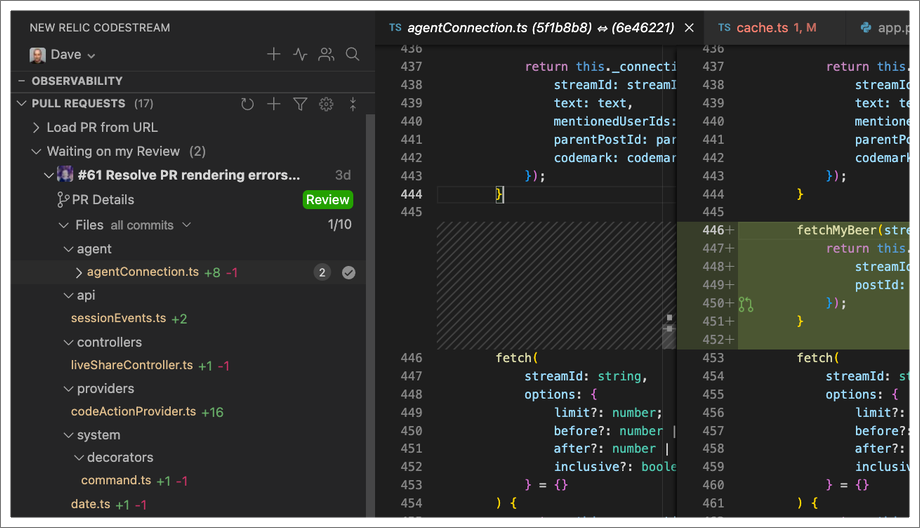 CodeStream’s integration with GitHub pull requests and GitLab merge requests is one of our most popular features, and we’re excited to take that integration to the next level with CodeStream 13.0. ‍The original integration was heavily focussed on replicating the GitHub and GitLab interfaces in great detail, so that there would be no learning curve. If you knew how to do something on GitHub, you’d know how to do it on CodeStream as well. While the new integration retains that interface consistency for managing a PR (e.g., adding a reviewer or changing a label), we’ve made the things you do most frequently… adding and viewing comments… more easily accessible in a newly expanded tree view right in the Pull Requests section of CodeStream.

Read More >
CodeStream 12.0 - New Relic One integration brings observability to all developers, in their IDEs 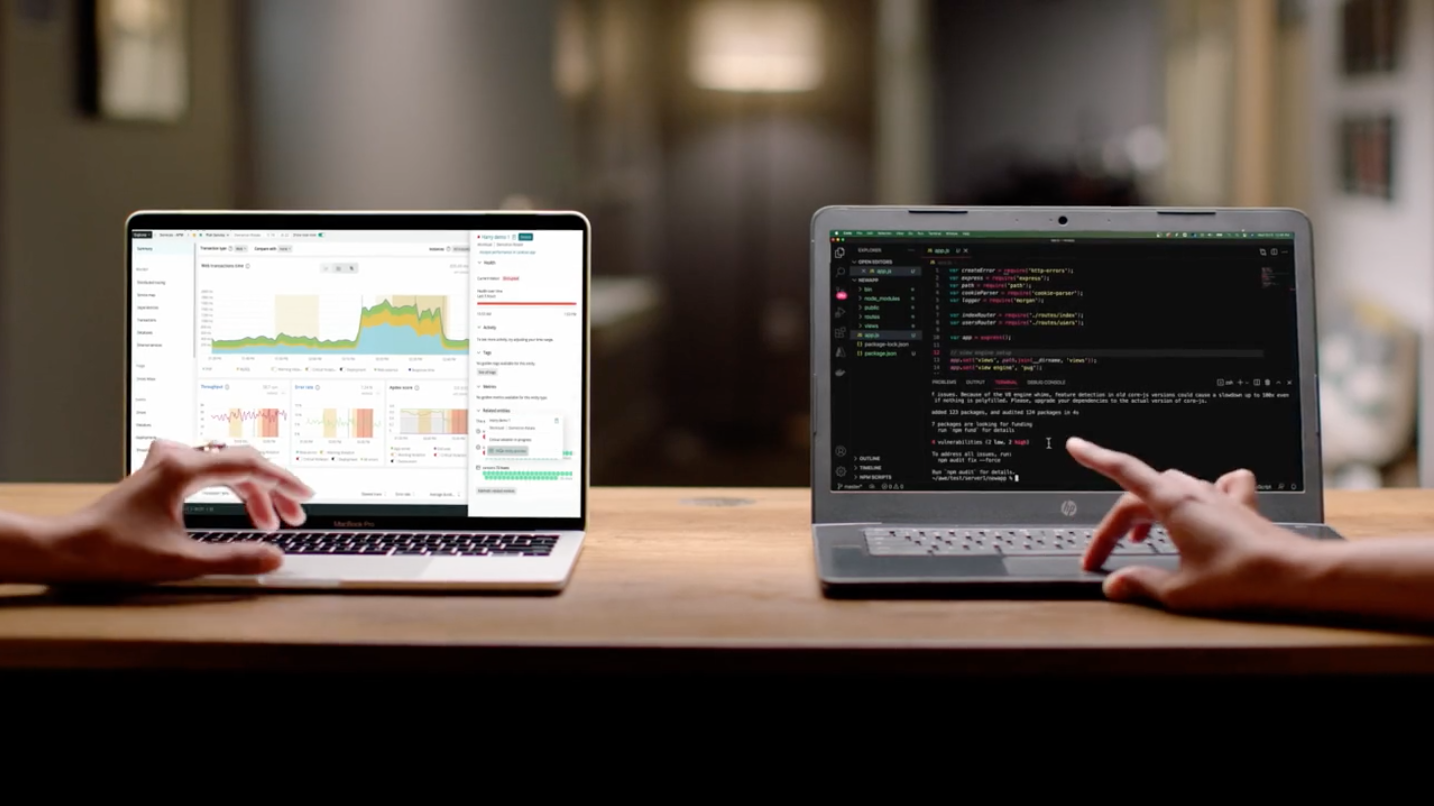 Fast error resolution is an important point of collaboration between development and operations teams. CodeStream 12.0 makes observability actionable for developers by bringing New Relic One into the IDE. Operations and dev teams can identify application owners quickly, easily work together to resolve critical production errors, and improve software performance with unprecedented ease and efficiency.

Read More >
CodeStream 11.1 - Consolidate your teams for easier onboarding and a more powerful knowledge base 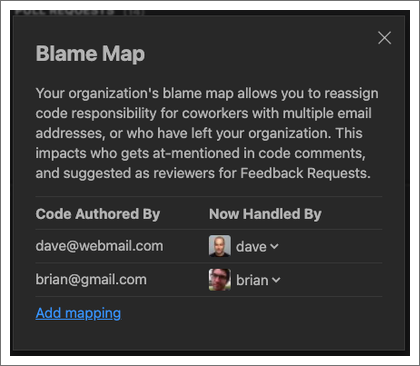 With CodeStream 11.1 we are taking a first step toward eliminating the concept of a CodeStream “team” and moving toward a model similar to Slack where all developers from your company can be in a single CodeStream “organization.” The notion of a CodeStream team was introduced to help manage the signal-to-noise ratio in your activity feed, but there were some drawbacks. When larger companies onboarded there was a tendency for duplicate teams to get created, and time had to be spent getting everyone consolidated onto the proper teams. The team-based model also unnecessarily limited access to your company’s knowledge base on CodeStream. For example, if a developer on the “frontend” team is checking out some code in the api server repo, they wouldn’t see any of the codemarks associated with that code added by someone from the “backend” team. 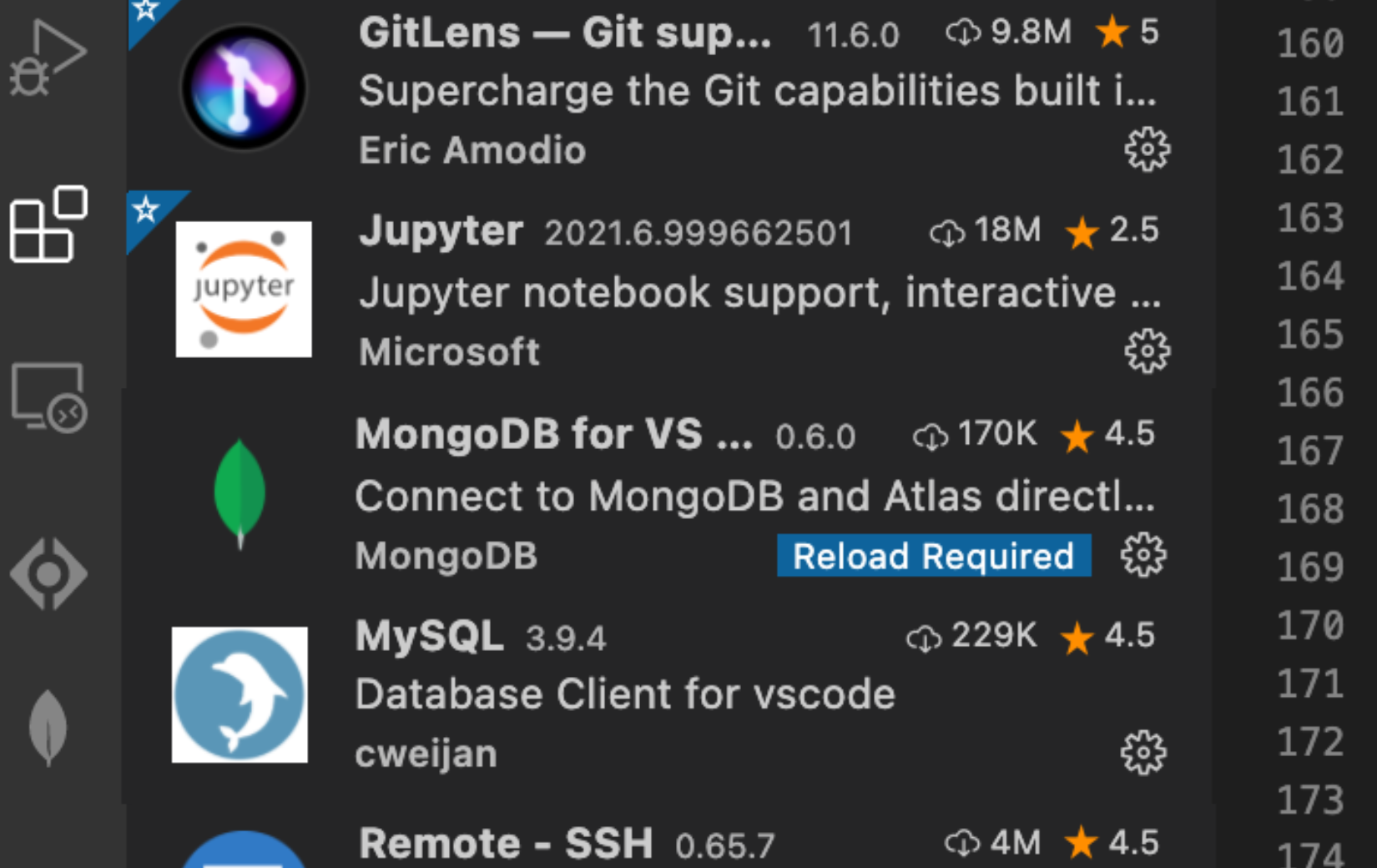 The more our team used our CodeStream IDE extension for discussing and reviewing code, the more frustrating or inconvenient it became when we did have to leave our IDE for some development related task. So in addition to building our proprietary collaboration tools we also started working on integrating tasks into the IDE that previously required switching windows. But CodeStream is not the only VS Code extension that helps improve productivity by allowing you to stay in your IDE. Below are 5 other extensions our team uses to avoid window and context switches.

Read More >
Taking the EEEW out of CODE REVIEW 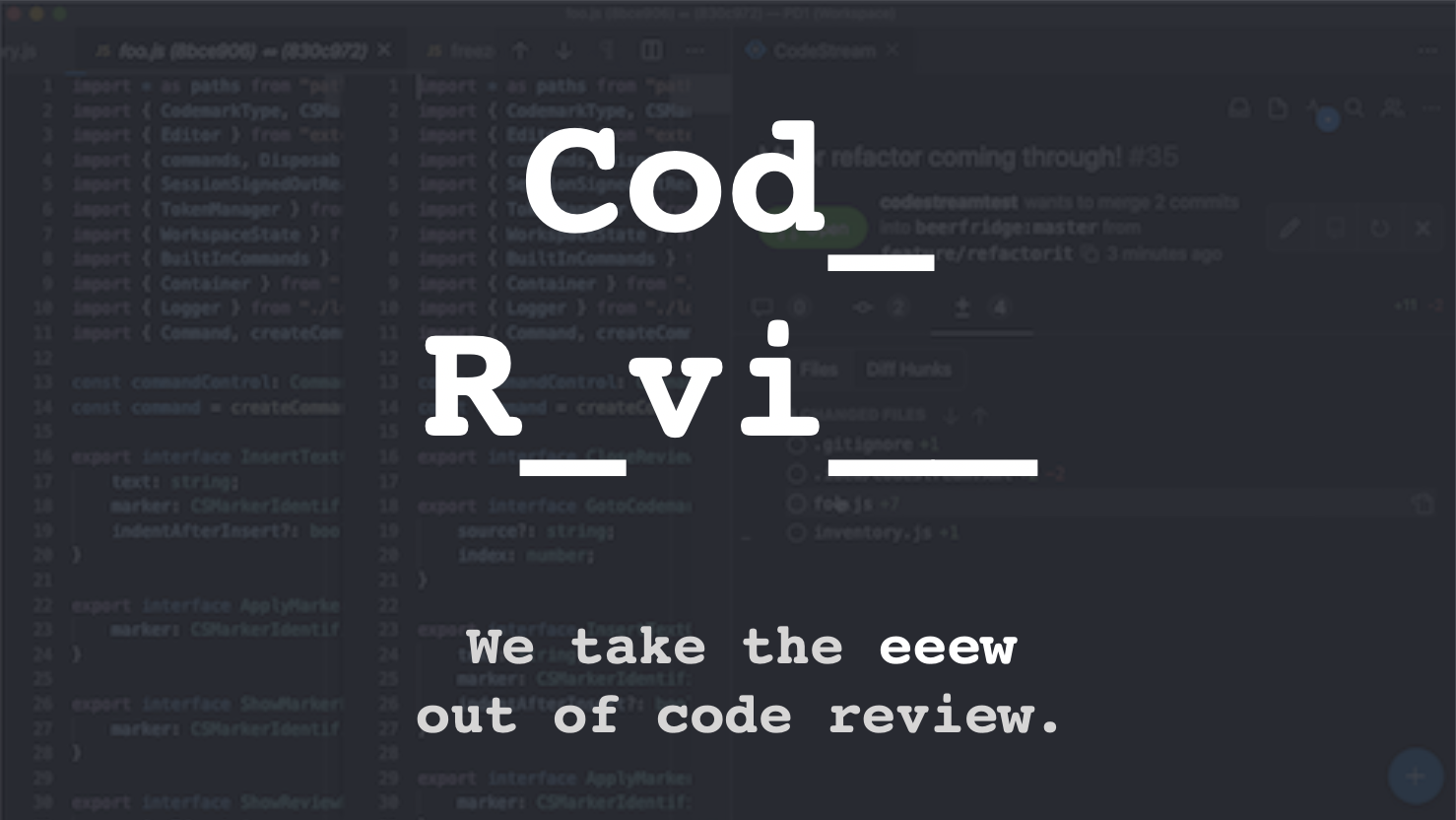 The headline of this article was conceived of by one of our engineers, @BrianCanzanella, during a brainstorming session to come up with a tag-line for CodeStream’s light-weight, pre-commit, pre-pull request (or pre-merge request) code review functionality. Many of us thought it was brilliant given all the frustrations developers voice over code review but, for whatever reason, it didn’t perform that well when used in the banner ad below. 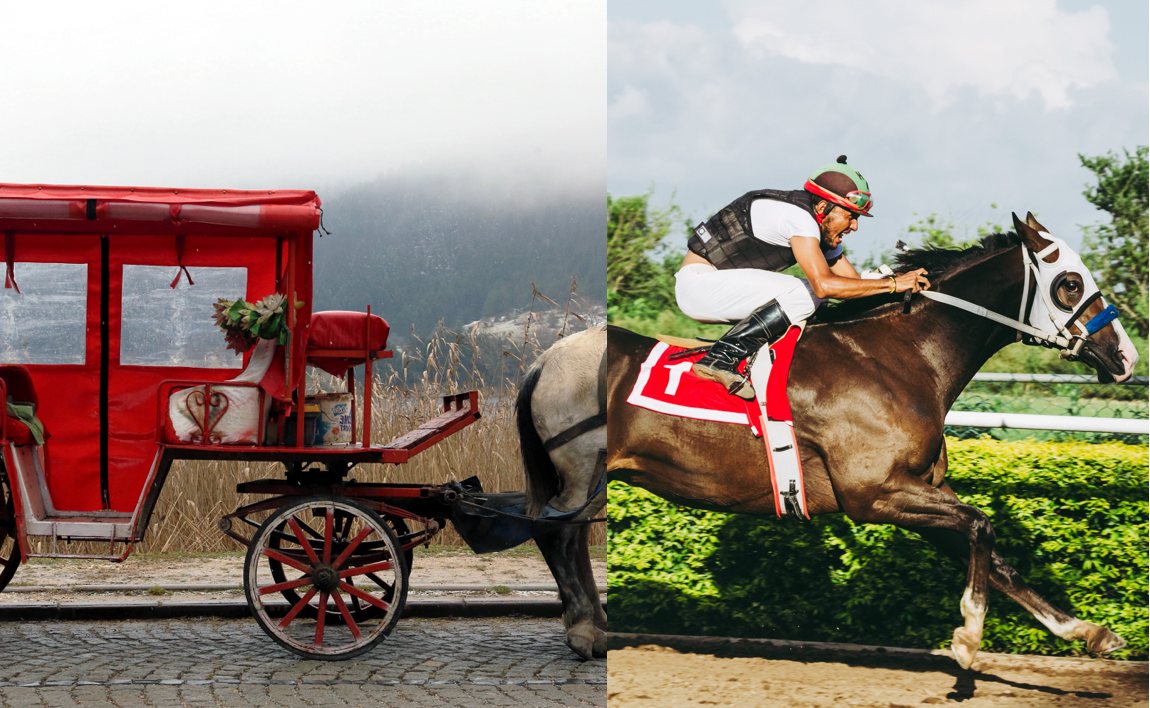 We wholeheartedly over the top agree that everyone should “review early and often” and “small reviews improve quality and avoid rework”, but not with necessarily equating code reviews with pull requests. Solving for more frequent reviews by suggesting smaller pull requests (or merge requests) reminds me of a famous quote (likely inaccurately) attributed to Henry Ford: “If I had asked people what they wanted, they would have said faster horses.”